As severe weather events continue to cause more frequent power outages, standby generators are becoming ever-more popular. These appliances can shelter your family and home from a loss of power by providing the juice necessary to keep essential appliances running – preventing food from going bad in your refrigerator and keeping your home cool during a heat wave by maintaining your air conditioning.

As soon as your home loses power, a backup power system can detect the outage and the standby generator powers on, quickly cranking up the power necessary to supply your home’s appliances. An automatic transfer switch changes the power source, and the generator takes over, providing what’s necessary to run lights, computers, kitchen appliances, sump pumps, and medical equipment, if necessary. Life in the home can continue normally while utility crews work to restore electricity.

But for everything to go smoothly, you need to choose the right generator to keep things running during an outage. Pick one that’s not powerful enough, and you won’t be able to supply important appliances like a central air conditioner or a sump pump. Pick a standby generator that’s too large, and you’ll end up wasting fuel.

Standby generators are generally labelled in terms of how many kilowatts (kW) of power they can provide (one kilowatt is equal to 1,000 watts). In order to figure out how many kilowatts you’ll need, it will be necessary to decide which devices and electrical circuits will need to be kept running in case of an emergency.

You can get a general idea of how much total wattage you’re going to need by adding up the wattage used by all the appliances you’ll need in case of an outage – but to get an exact answer, you’ll need to understand the difference between running watts and starting watts.

Some devices, such as refrigerators, sump pumps, and air conditioners, require a surge of power to get started – starting watts – before settling in to lower operation power usage – running watts. It’s important to take both the starting watts and running watts of your devices into account when calculating how much total wattage you’re going to need.

Picking Out the Right Size Generator

One important factor to consider is how long you’ll need your generator to be able to power your home for and how often it will be necessary to fall back on it. Of course, that can be difficult to predict, but try to use past experience to make an estimate.

Residential standby generators, like the homes they are designed to supply, come in different sizes. As you might have imagined, a larger generator usually can provide more power, but also tend to cost more. Having a large house can make owning a larger generator desirable, but not necessarily essential.

You also have the option of choosing a smaller, more affordable standby generator, and only use it to maintain one or two essential circuits with a handful of appliances – say the sump pump, heating devices, and security system. Such a device is often called a “partial-house generator.”

It should also be noted that one cannot simply count the number of rooms in a home or its square footage to figure out what size generator is needed. Besides accounting for the house’s size, it’s also important to consider its electrical system’s complexity. A home with central air conditioning, for example, is likely to have a more complex electrical system.

This article will help to give you a general idea of how big of a unit you’ll need, but the best thing to do is to consult with an electrician who can determine your home’s anticipated electrical load.

As was mentioned earlier, home standby generators are rated in terms of the kilowatts (kW) that they can generate, with one kilowatt being equal to 1,000 watts. That means that that a 20-kW generator can provide 20,000 watts of power for your home’s appliances.

As for the standby generator itself, the size needed will depend on the total starting kilovolt-amps (kVA) and the running watts of all the circuits and devices connected to the generator. It is necessary to calculate both numbers.

Kilovolt-amps must be calculated to account for the surge in power demand that will occur when certain devices, like refrigerators and air conditioners, turn on. Running watts are used to describe the electrical demand of devices as they operate normally after start-up.

After the electrical circuits to be powered by the standby generator have been chosen, an electrician can total the starting kVA and running watts of all the devices that will be connected to them. This will give the electrical load of the system, which will be used to determine the size of the generator needed.

If keeping costs down is a priority, then a select-circuit generator is the way to go. They can handle around 10 electrical devices at a time – say, the refrigerator, TV, microwave, and a few lights – to get you through an outage.

A managed whole-house generator is the happy compromise between power and efficiency. They are strong enough to run all your standard electrical appliances, including a couple of air conditioning units – but at a more reasonable price than the standard whole-house generator. A smart power management system, like the Briggs & Stratton Symphony® II, ensures that you have the starting wattage needed for appliances like refrigerators while still saving energy once those appliances have kicked in.

If you want full power for a large home, this is your best option. Whole-house generators allow you to run appliances with high power demands, like jacuzzies and electrical ovens, thanks to power and performance reminiscent of a commercial generator.

Be careful about selecting the cheapest option. Over time, your power needs will likely increase with new appliances, be it a larger refrigerator or a big screen TV. Companies like Norwall offer both smaller, reasonably priced air-cooled generators and larger, liquid-cooled versions to meet your needs, whatever they may be. 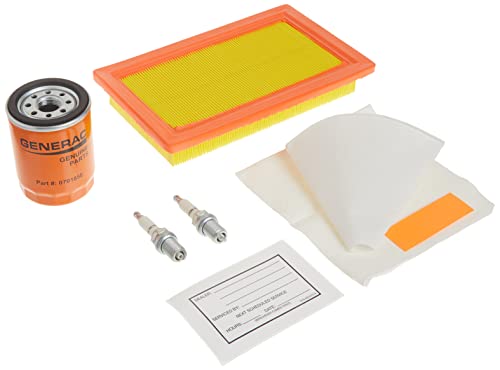