Milwaukee 2656-20 vs. Milwaukee 2753-20 Impact Drivers
Back in the day, impact drivers were considered specialty tools that only the most professional, most hardcore woodworkers/home renovators/mechanics would need. Nowadays, thanks to advanced technology and an influx of impact drivers entering the market, they have become both more affordable and easier to use.

In this article, we’d like to compare two of Milwaukee’s most highly rated impact driver models – the 2656-20 and the 2753-20. At first glance, other than the paint job, they look extremely similar, but what really matters is what’s under the hood. Let’s pop it open and see what each of these tools has in store for us.

2656-20
Once again, we need to discuss what brushed and brushless motors are and in which scenarios each of them excels in. The 2656-20 comes with a brushed motor. Without getting too technical, brushed motors are less expensive, produce more heat, require frequent maintenance, but can be a great option if you don’t plan on using this impact driver too often since brushes wear out over time.

2753-20
The Milwaukee 2753-20 comes with a brushless motor which is generally favored over the brushed variety. They have fewer coming components than brushed motors so require hardly any maintenance, they don’t have brushes, so you don’t need to worry about replacing them, and they’re considerably more efficient in terms of how many screws you can drive between rests. However, these all come at the cost of… a higher cost. If you use an impact driver on a regular basis, then brushless motors are the much more cost-effective type.

Conclusion: Only you can decide which of the two would be the better option to get. In terms of motor power, at the same amperage rating, there’s no difference. The main consideration to make is how often you plan on using the impact driver.

2656-20
Impact drivers are meant to drive long screws through tough materials, so in order to do this efficiently, you’ll need a high-speed motor that also delivers a ton several bumps per minute. The bumps add to rotational torque to drive screws quicker and deeper. The 2565-20 can reach a maximum speed of 2,750 RPM while generating up to 3,450 BPM.

2753-20
This tool can reach speeds of up to 3,000 RPM and 3,700 BPM. There’s not a lot of difference in terms of speed and bumps between the two. If you’re looking at other models than just these two, we recommend only look at impact drivers that deliver at least 2,500 RPM and 3,000 BPM which both of these models do.

Conclusion: Comparing the two-speed ratings, we can conclude that there’s only a minor difference with the 2753-20 being slightly more efficient. The only thing to ask yourself now is, are you willing to shell out more money for marginally quicker work? If so, then the brushless 2753-20 is the better option.

2656-20
You won’t need to deliver the maximum speed and BPM for every project. For instance, assembling furniture can be done at a slower speed than hanging fixtures, and slower speeds also allow for better accuracy without the risk of driving the screw too deep. Unfortunately, the 2656-20 doesn’t have a variable speed feature.

2753-20
This model does. The touch-sensitive triggers let you spin the bit as quickly or as slowly as you’d like. This comes in handy when working on delicate materials and soft metal screws as to not strip the head. However, as many customers have pointed out, the variable speed feature is not perfect and often locks on the softest mode regardless of how far you pull the trigger.

Conclusion: We’d like to say that having a variable speed feature is better than not having one, but if you get a faulty trigger, then your tool could end up becoming just a heavy paperweight for the office. If the trigger does stick, be sure to contact Milwaukee right away. Their customer service has been known to handle many issues in a timely manner.

2656-20
The main variable that you need to take into account when looking at impact drivers is its torque rating. Torque measures how powerfully the chuck rotates and how effective it is at driving long screws through hard materials. The Milwaukee 2656-20 has a torque rating of 1,500-inch-pounds which is more than enough to drive screws and removed seized bolts.

2753-20
The 2753-20 can generate up to 1,800-inch-pounds of torque. In our humble opinion, more torque is always preferable since it allows you to use the impact driver in more situations. With greater torque, completing mechanic, woodworking, and renovation projects become much easier to accomplish.

Conclusion: But then you also need to be honest and ask whether you plan on doing everything on your own or have professionals do it for you. If you need a tool to assemble furniture only, then a low(er)-torque impact driver, such as the 2656-20, would be more than enough to handle lightweight tasks. The 2753-20 is designed to be used in heavier-duty jobs, so keep that in mind when choosing between the two.

2656-20 and 2753-20
When it comes to what sort of jobs an impact driver can do, it’s important that you take a look at the tool’s chuck. The hex chuck’s size is a direct indication of how powerful the tool is and in what situations it would be of use. Larger chucks mean fitting in larger bits which are needed for heavier-duty projects.

Both of these models feature ¼-inch chucks. The largest hex chuck available is half-an-inch which is perfect for hardcore woodworking, furniture-assembling, and mechanic jobs. The ¼-inch chuck on these models are better designed to handle lighter projects, so any jobs under the hood of your car may be outsourced to pro mechanics.

2656-20 and 2753-20
Like any handheld power tool, you’ll need your impact driver to be lightweight enough as to not weigh your arm and shoulder down while working overhead. Modern impact drivers are naturally lightweight and have stubby noses for easy maneuverability.

You’ll need a short impact driver (from nose to back) when working in cramped spaces like under your vehicle, in closets, or in crawl spaces. Both of these Milwaukee impact driver models measure in at less than 6 inches long and weigh less than 3 pounds (not including battery).

So after comparing the two, we can confidently say that the brushless Milwaukee 2753-20 is the better option, but if you need something for weekend projects and infrequent use, then the Milwaukee 2656-20 could be a viable option.

In terms of power, we found that their differences aren’t that significant, so you could probably use one in the same settings as the other, but if you’re tackling more demanding jobs – e.g. mechanic work or large renovation projects – then the 2753-20 would be much more reliable, provided that the trigger doesn’t stick on you. 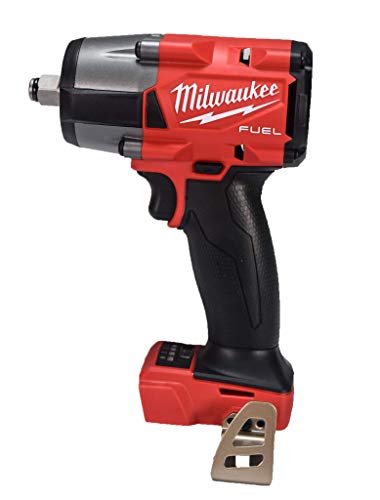 Milwaukee 2962-20 M18 FUEL Lithium-Ion Brushless...
Works in up to 69kV environments; Compatible with all M18 batteries and chargers; 6" in length provides most access in tight spaces
$168.95 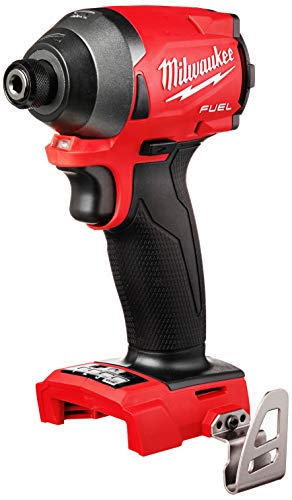 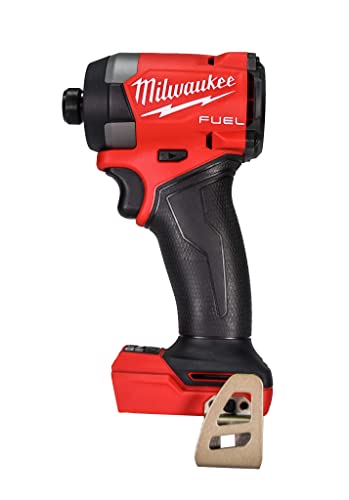